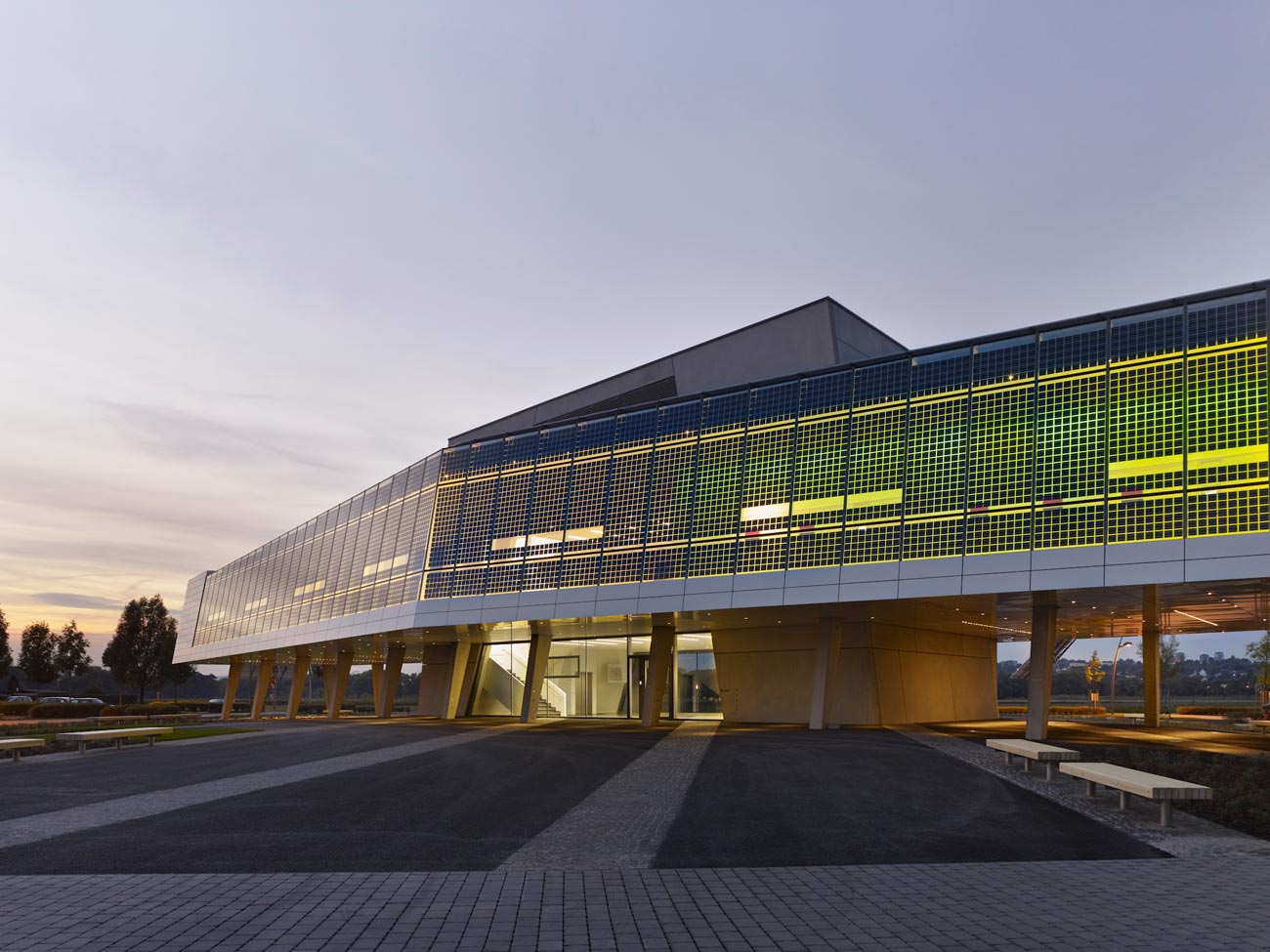 "Buildings used for education such as day cares, schools and universities are particularly interesting for solar technology and energy efficiency through their intrinsic multiplier effect and outreach. And it is surprising how little these aspects are used. The SMA Solar Academy in Niestetal, Germany, offers a positive exception to the rule. The elevated building features an elongated, slightly undulating south-facing façade with semi-transparent thin-film PV cells. The façade acts a visual design feature in which the semi-transparent PV area is differentiated by visual orientation and opacity needs. The design with its off-grid electricity supply from 100-percent renewable energy sources is exemplary."